We are very active in domestic and international arbitration 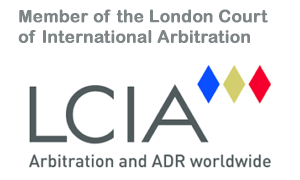 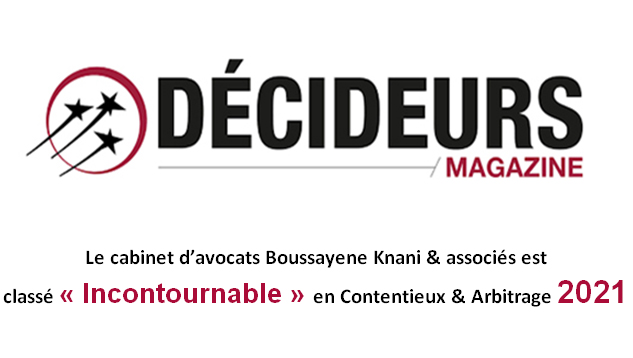 The firm’s lawyers are very active in domestic and international arbitration. They act both as counsel and as arbitrator and chairman of the arbitral tribunal.

The firm has recently defended the interests of its clients in Belgium, Turkey, Switzerland and Italy.

Cases handled by the firm:

– ICSID Arbitration: Tunisian State C/ A major player in the banking sector. (Maître Youssef Knani managed this arbitration as a consultant of the Tunisian State).

– International Arbitration: This dispute which opposed a Tunisian Group operating in the public works sector to a Spanish Group concerned the compensation of the damage resulting from the wrongful interruption of the negotiations relating to the construction of an Olympic stadium (Maître Youssef Knani managed this arbitration as a lawyer of the Tunisian party).

– Ad hoc arbitration: This dispute opposes a French oil and gas company to company producing, distributing and marketing petroleum products. This dispute concerns the violation of a pre-emption clause included in the shareholders’ agreement (Maître Youssef Knani managed this arbitration as counsel for the French party).

– International arbitration: Tunisie Télécom C/ COMATEL & BSA. This is a dispute between shareholders concerning the capital structure (Maître Youssef Knani managed this arbitration as a lawyer for Tunisie Télécom).

– Ad hoc arbitration: This dispute opposed a large company operating in the metallurgical sector to one of its main clients (Maître Mehrez Boussayene managed this arbitration as a lawyer).

Chambers and Partners 2022 : « Boussayene Knani & Associés is a well-regarded Tunisian law firm which is recognised for its deep expertise in business issues, and which has a strong foothold in the local market. Its team of highly experienced lawyers is especially noted for its extensive experience in litigation and arbitration, with the firm frequently cited as a standout for contentious matters, including competition and insolvency litigation. In addition, the firm is also highly accomplished at providing general business law advice in areas such as real estate and M&A.

Strengths : Peers praise Boussayene Knani as “an excellent litigation firm” which is “very good in arbitration and in court.” »